BOOK YOUR LOCAL HOTELS HERE On-post temporary lodging at Fort Bliss is in Buildings 11300 and 11345 and in Guesthouse 1744. The closest off-post hotels and motels are 3 miles south of the main entrance to Fort Bliss and 3 miles east between Fort Bliss and the El Paso International Airport.

Located in El Paso, TX, Fort Bliss is home to the 1st Armored Division. We are a FORSCOM installation comprised of other commands: MEDCOM, JTF-NORTH, TRADOC, USAR, and other elements. Fort Bliss is comprised of approximately 1.12 million acres of land in Texas and New México.The Main Cantonment Area of Fort Bliss is located adjacent to El Paso, Texas. El Paso is a jewel in the desert. Nestled between the rugged Franklin Mountains and the historic Rio Grande, this border community combines the advantages of a major city with the charm of a modern western town. El Paso is a major transportation hub with abundant cultural and entertainment opportunities. El Paso has a low crime rate and an extremely favorable cost-of-living index. Seven in ten El Pasoans are bilingual in English and Spanish. The base operator's phone number is 915-568-2121, or DSN 312-978-2121.

In November 1848, the War Department ordered the establishment of a post at El Paso Del Norte. The first U.S. troops to arrive were six rifle companies of the 3rd Infantry Regiment. These troops established a military post known simply as "The Post Opposite El Paso." After closing and relocating the post, the Army officially renamed it Fort Bliss on March 8, 1854, in honor of Lieutenant Colonel William Wallace Smith Bliss, an Army assistant adjutant general during the Mexican War. For more information go to the Fort Bliss homepage.

One of DoD's flagship installations comprised of state-of-the-art training areas, ranges, and facilities; led by adaptive, innovative, and warrior focused professionals concentrated on individual and unit readiness, leaders development, deployment, security, and the well-being of Team Bliss.  Team Bliss trains, sustains, mobilizes, and deploys members of the joint team to conduct global, full spectrum operations in support of the national military strategy, while providing for the well-being of the regional military community.

Fort Bliss is a diverse community made up of soldiers, family members, students, employees and retirees. The Fort Bliss area is home to the biggest transformation in history, with a projected 300% population increase by 2012. 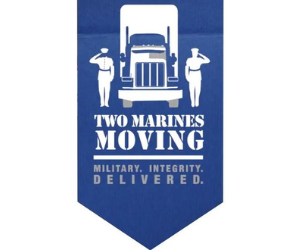 See All Listings »
No listings found for Fort Bliss.